Each year in level 6 we focus on a study theme for ‘Final Major Project’ and ‘Dissertation’, you will see from this exhibition that this has generated a wide range of projects that share common ground and connections but have diverse forms of occupancy, use and final design outcomes. This year’s study theme is ‘Migration’.

Migration has never before been such a fiercely debated contemporary issue. In the west, anti-immigration sentiment is on the rise and has led to Brexit, the election of Donald Trump in the US and Jair Bolsonaro in Brazil. The location for Major Project briefs this year are in Brick Lane, which has attracted immigrants for over 400 years including the Huguenot, Irish, Jews and latterly Bangladeshi populations. This part of East London, that year 3’s have been analysing, contains the city’s most diverse overlay of migrant activity.

This year the fascinating topic of migration has been at heart of our design conversations and has stimulated interior proposals and narratives that have explored who we are, how we got here and where we are going next. This exhibition has migrated from UCA Farnham back to Brick Lane. 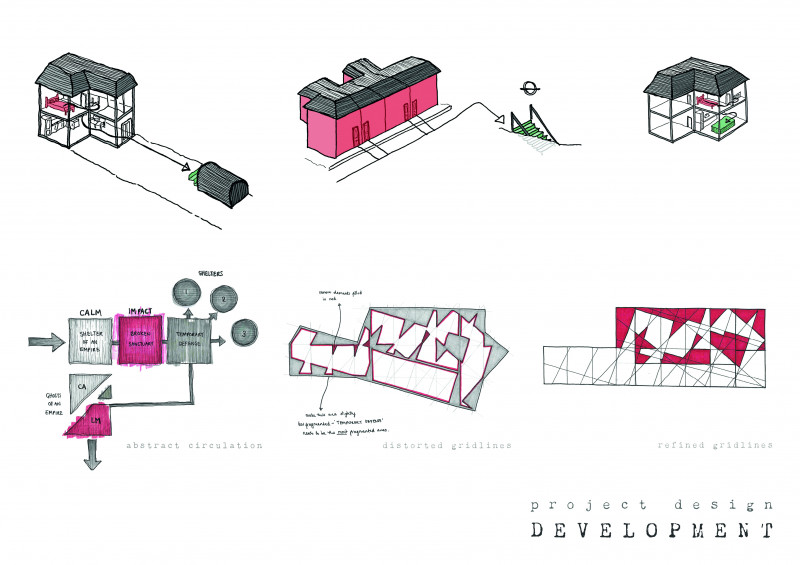 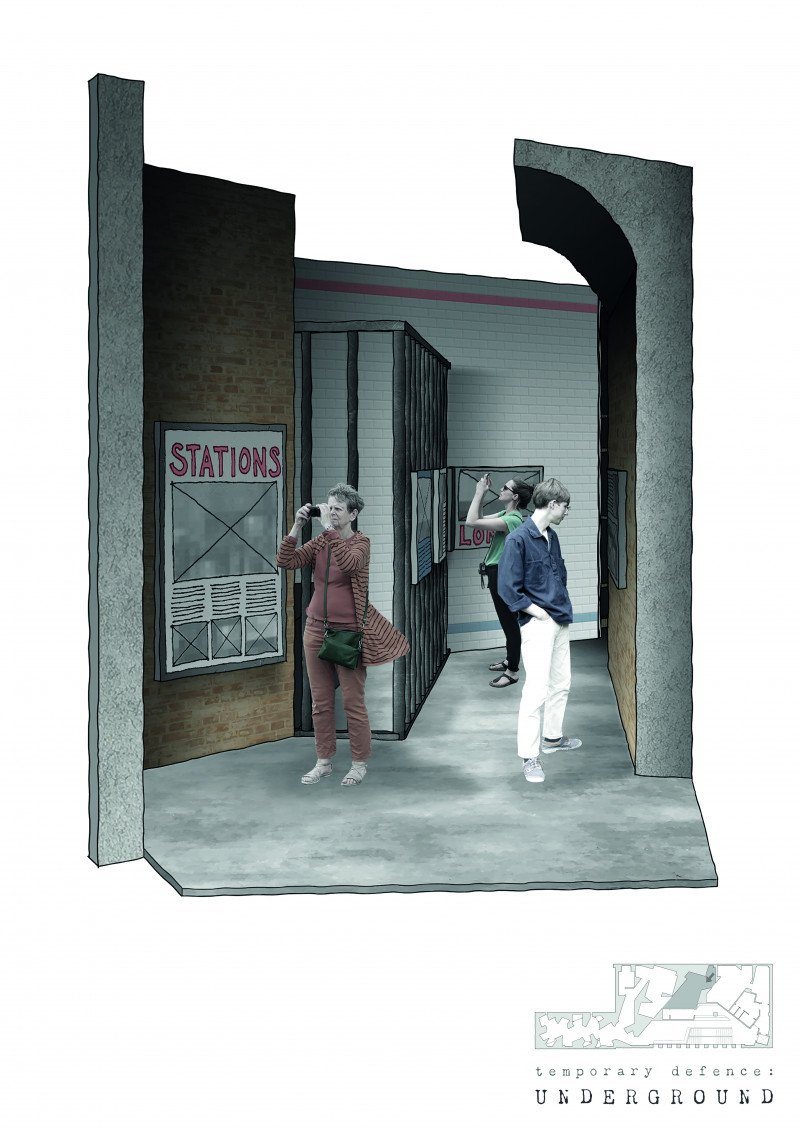 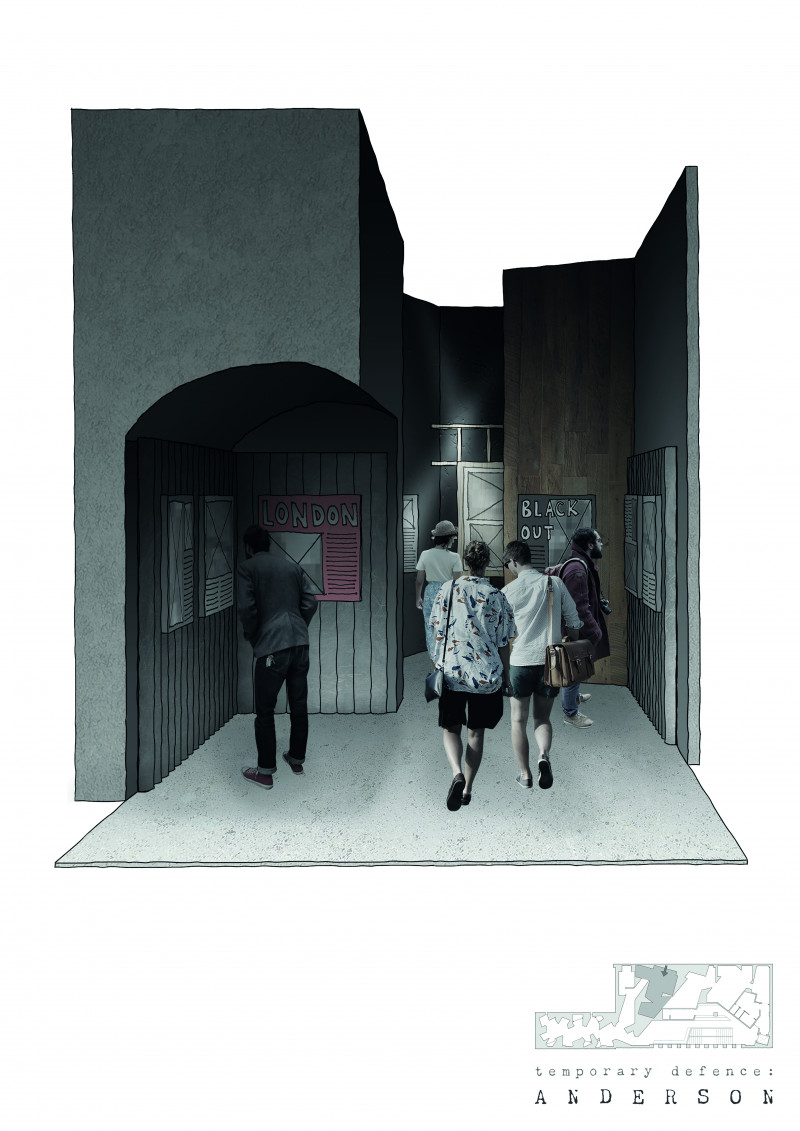 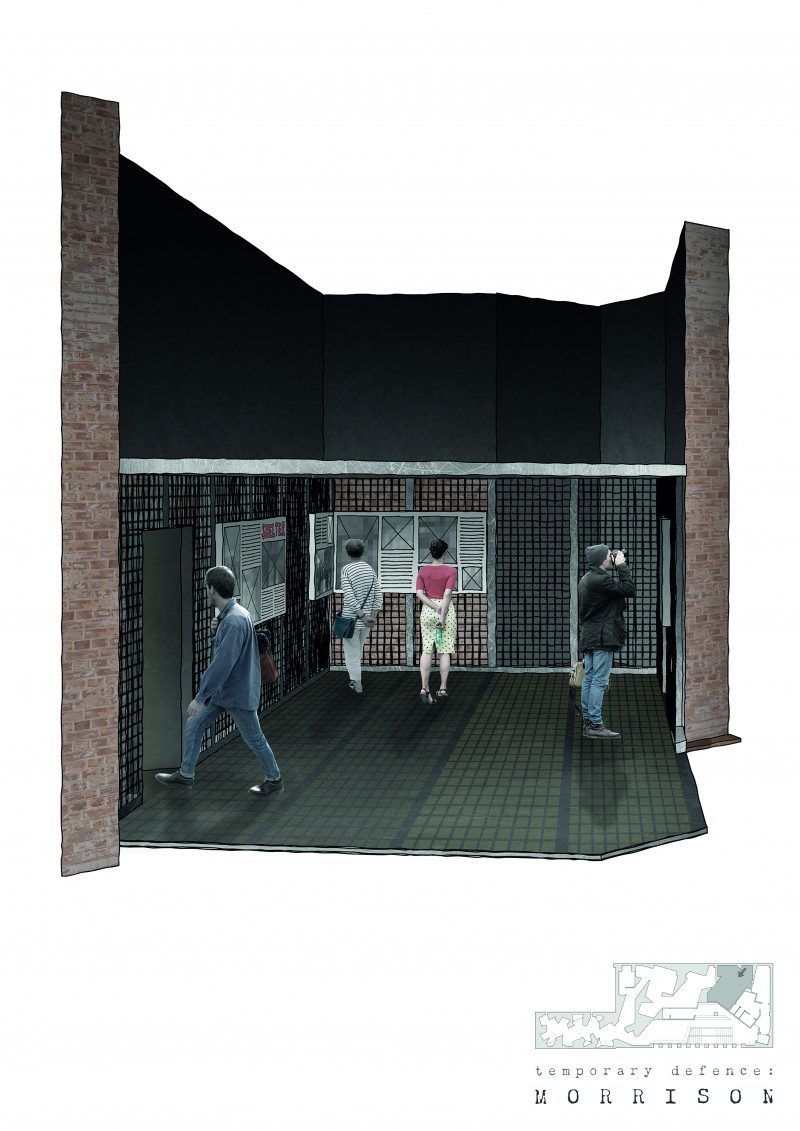 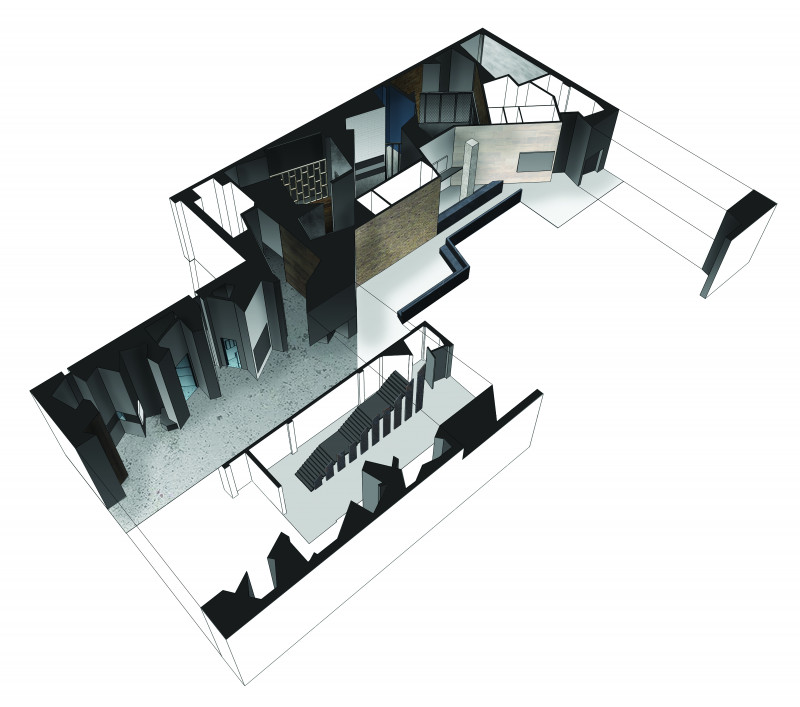 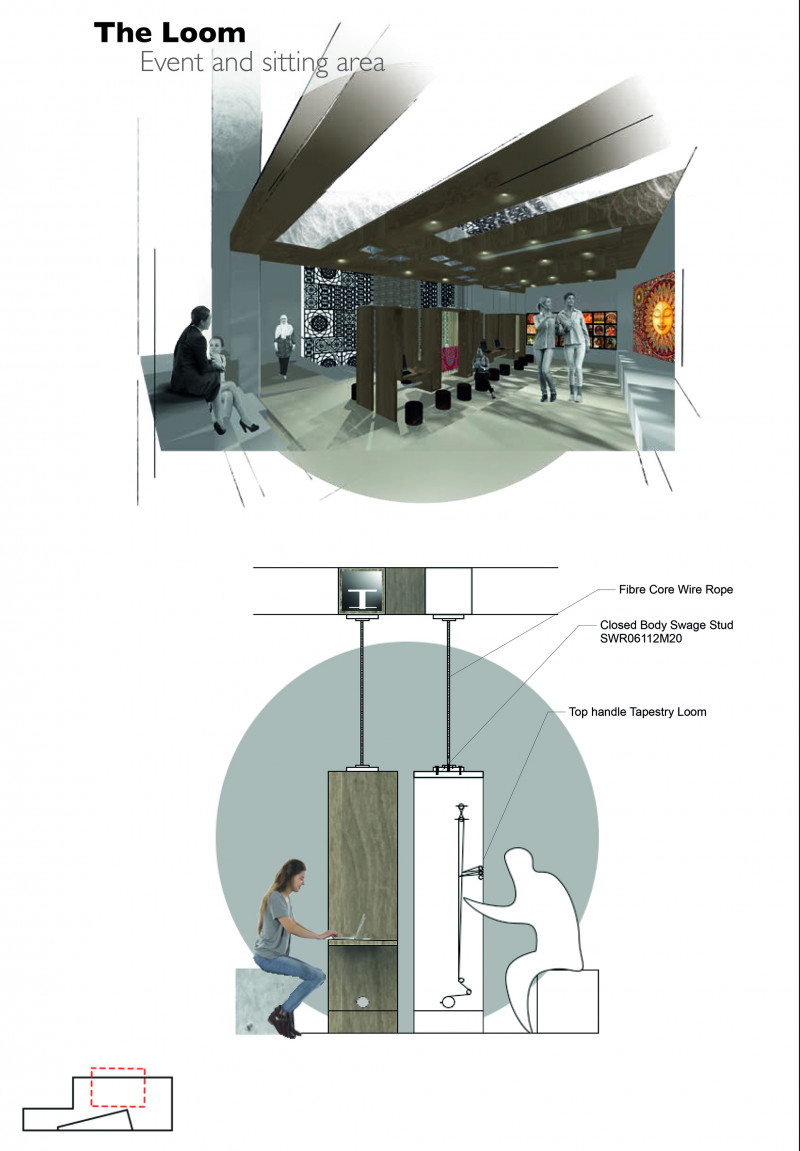 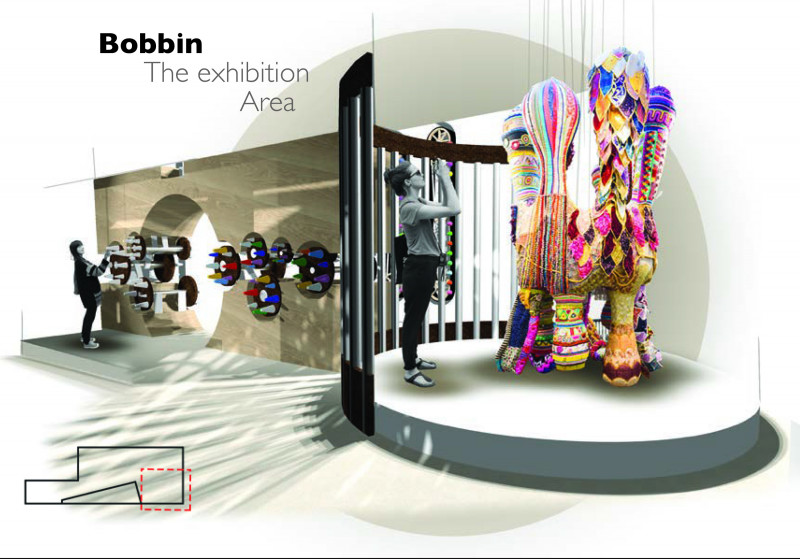 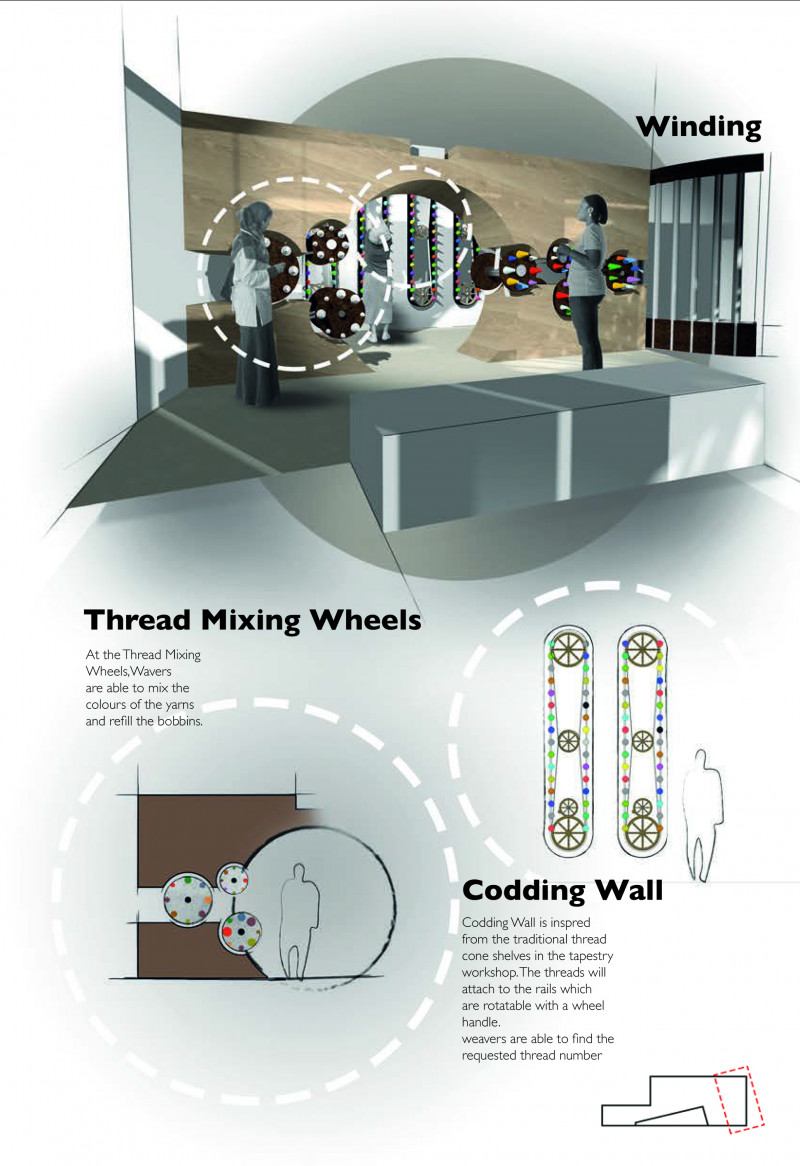 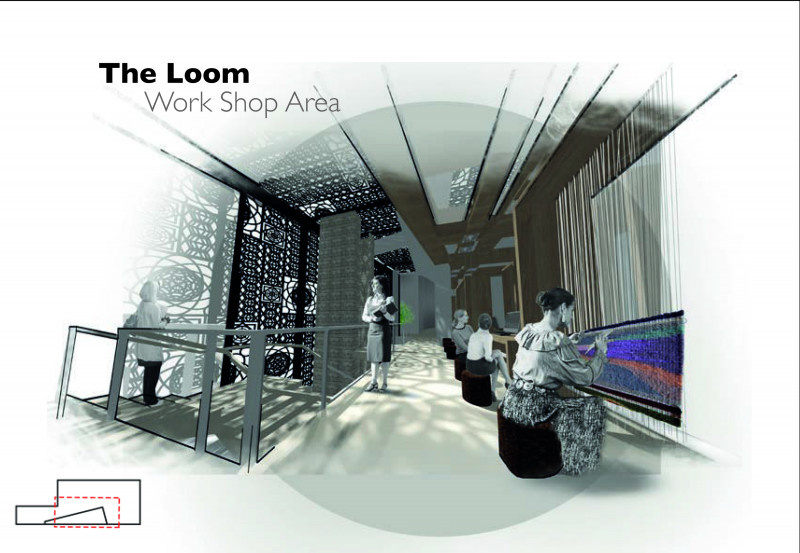 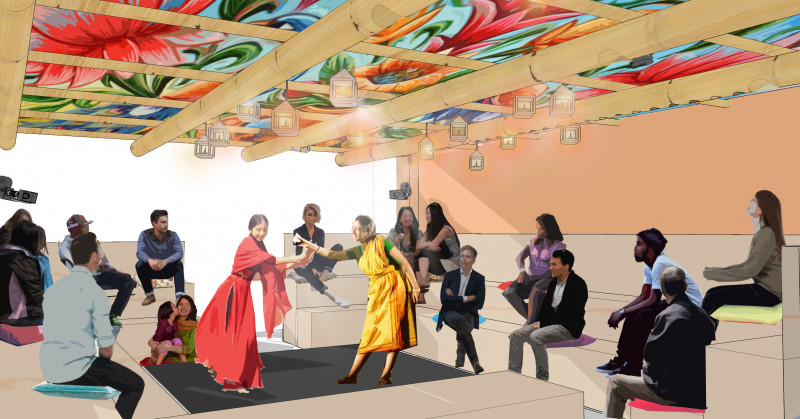 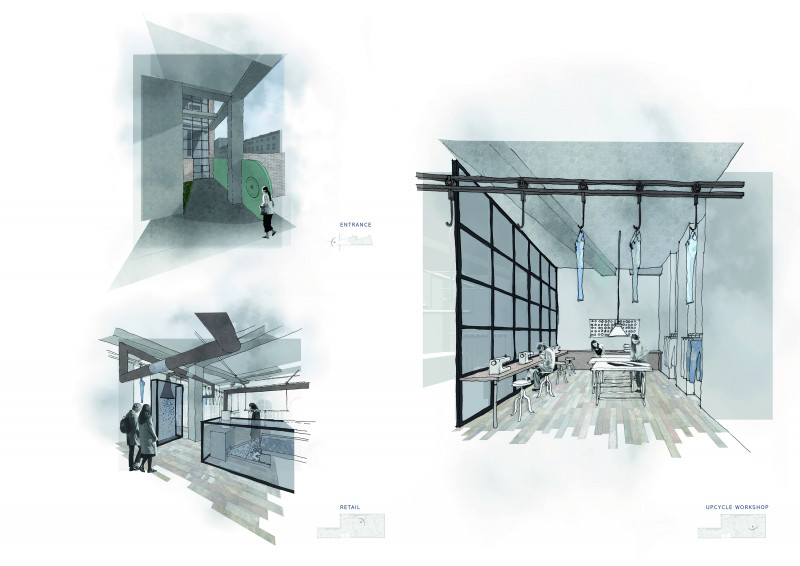 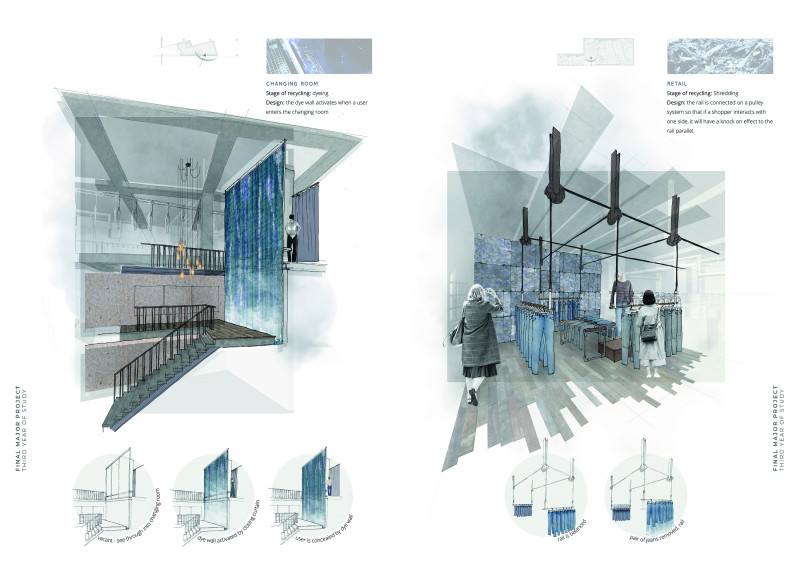 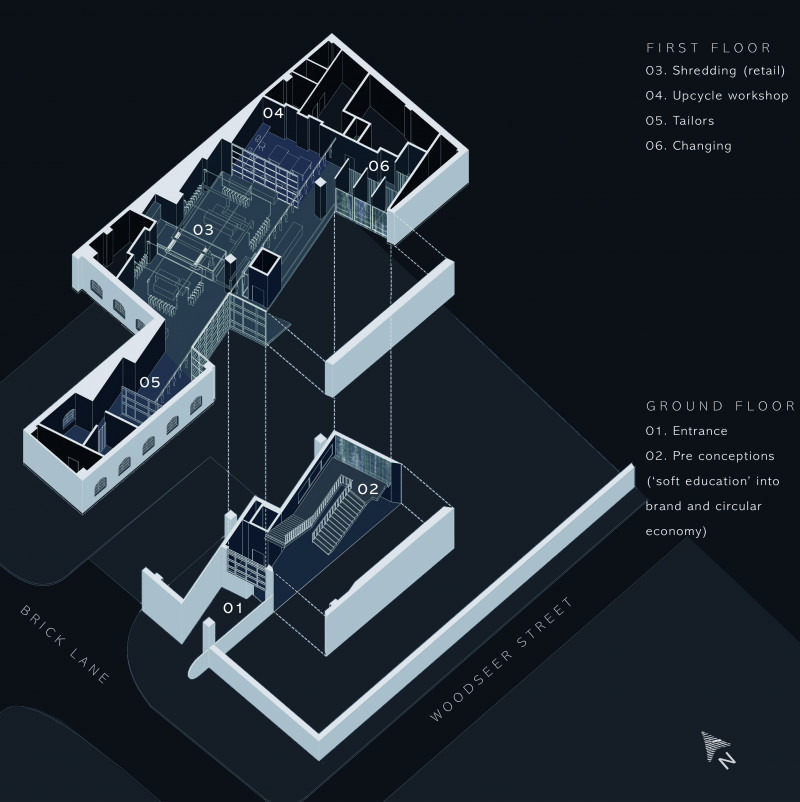 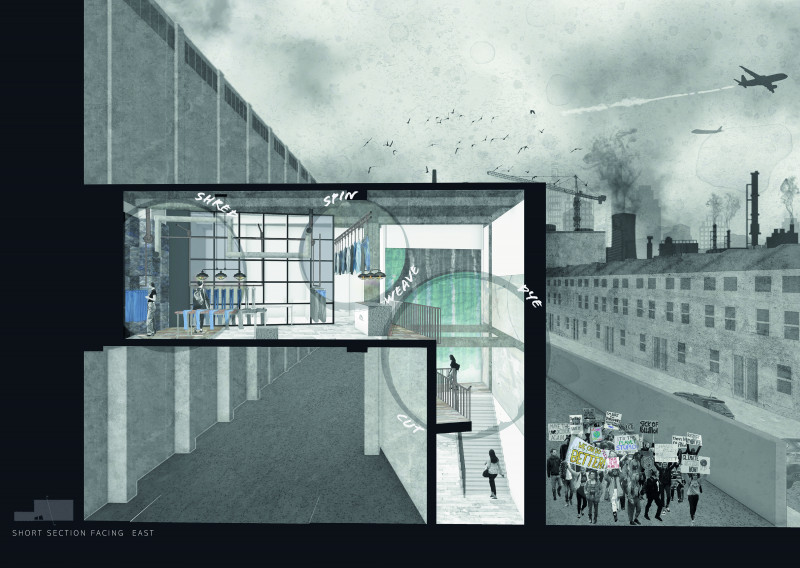 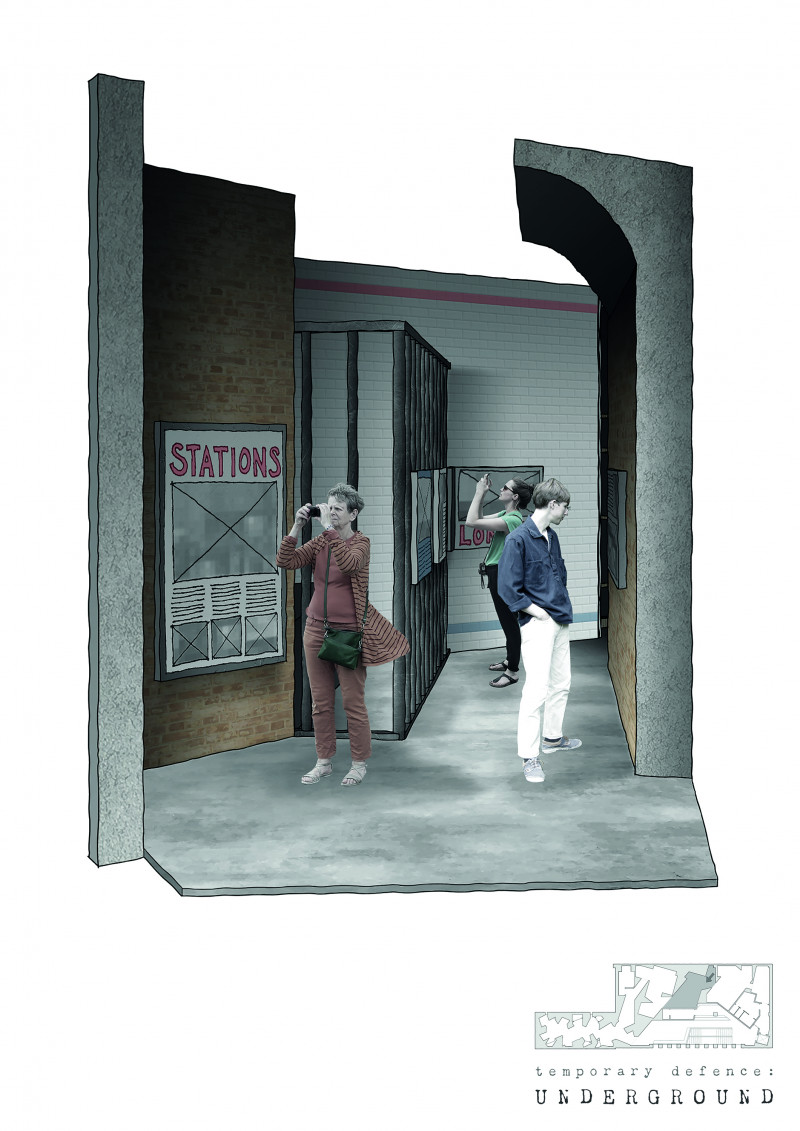 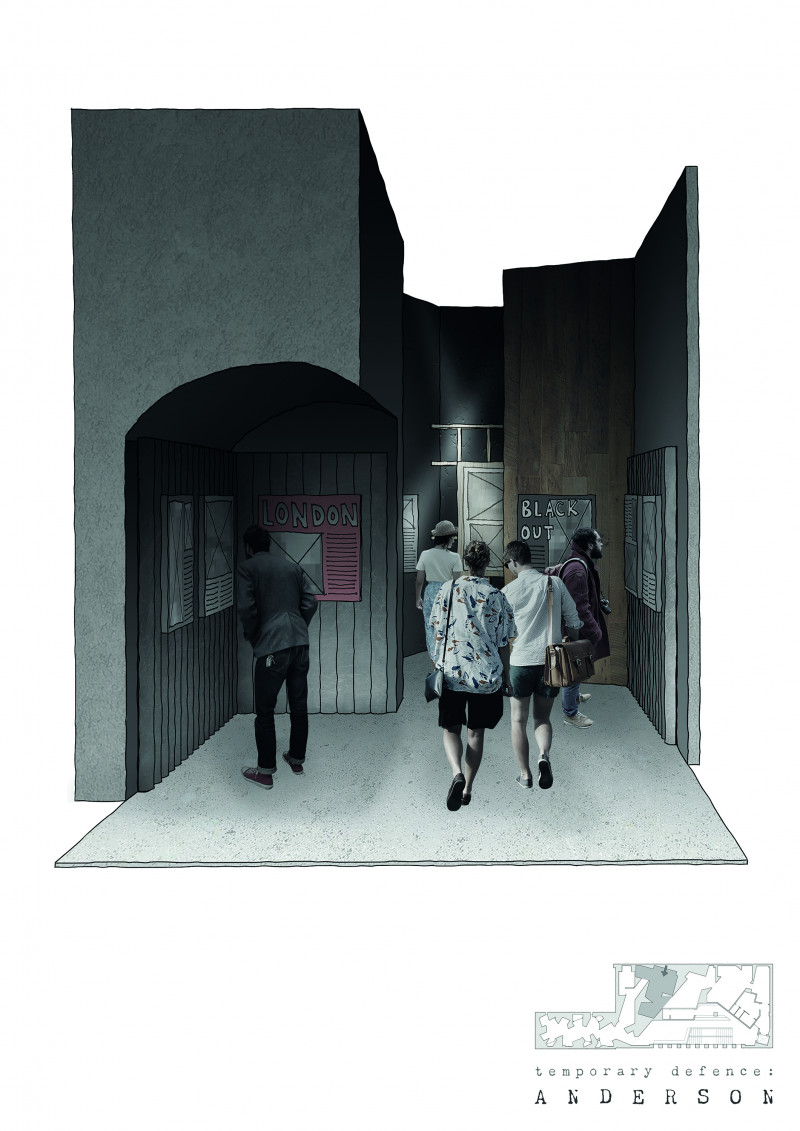 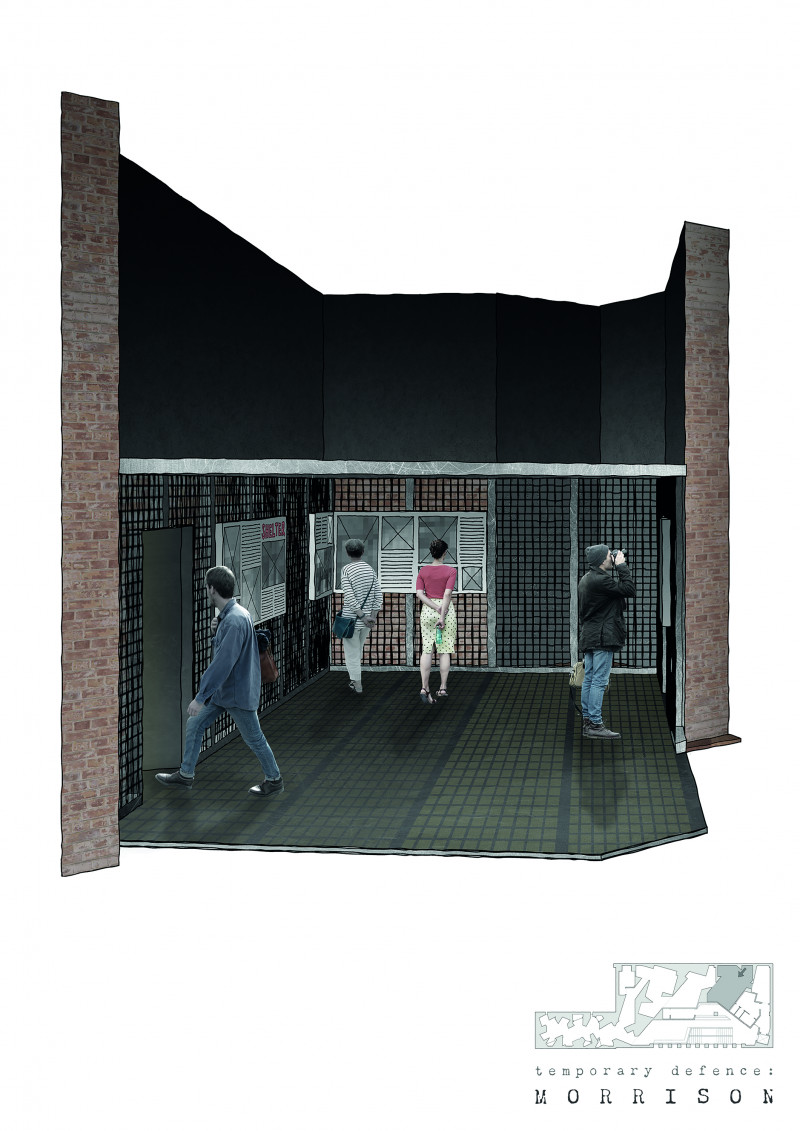 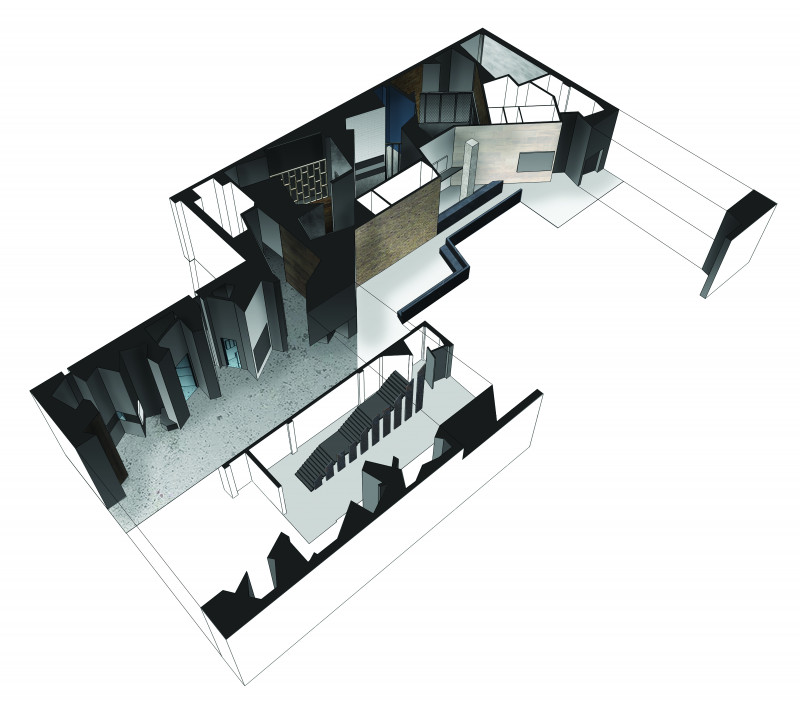 Gabriella Evans - The Impact of War 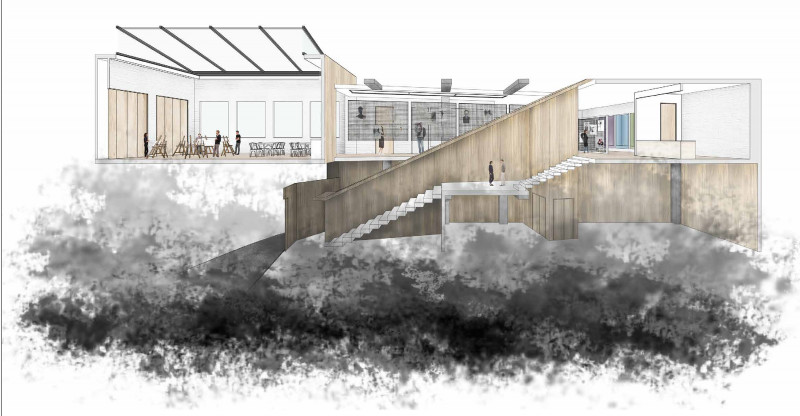 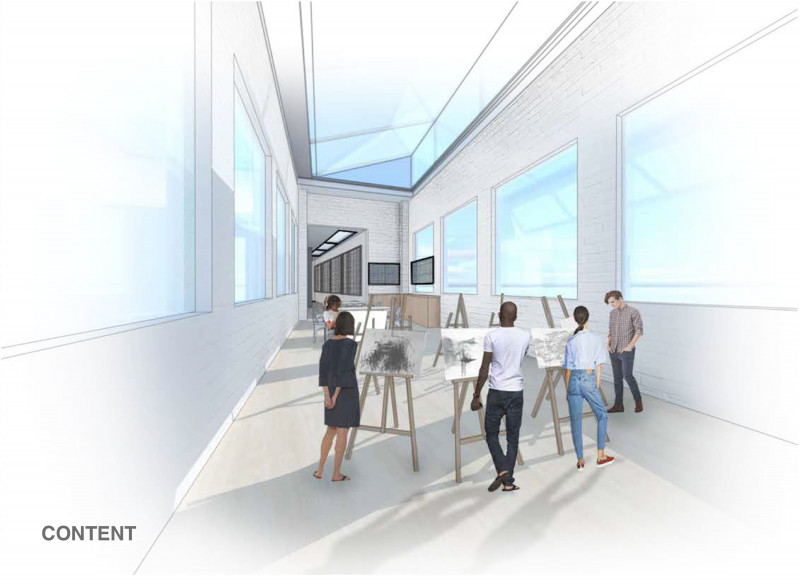 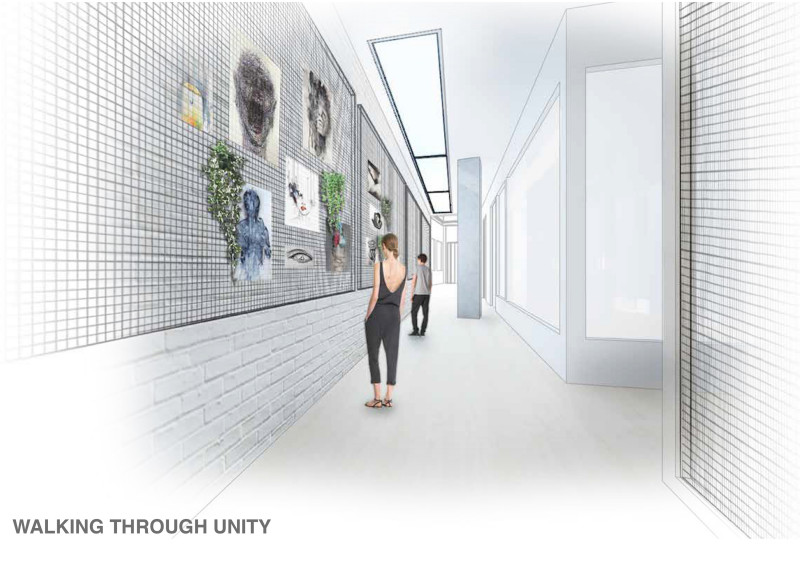 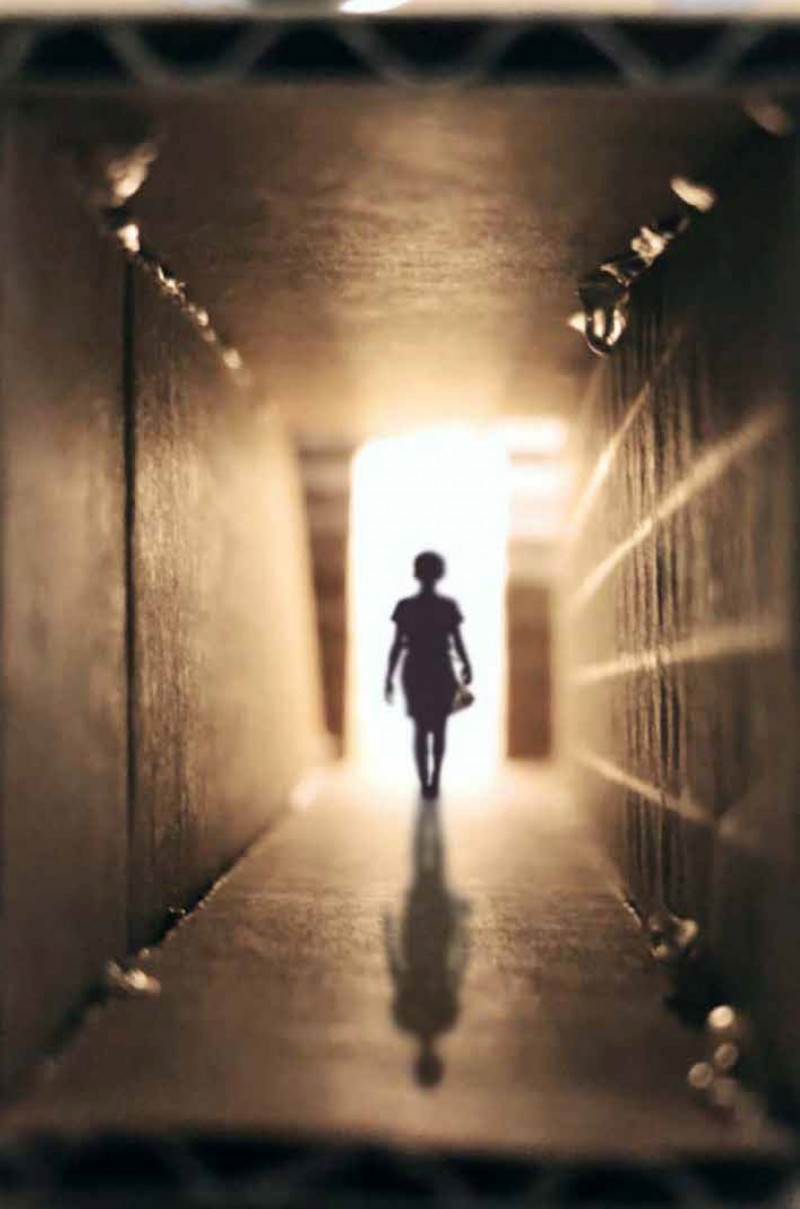 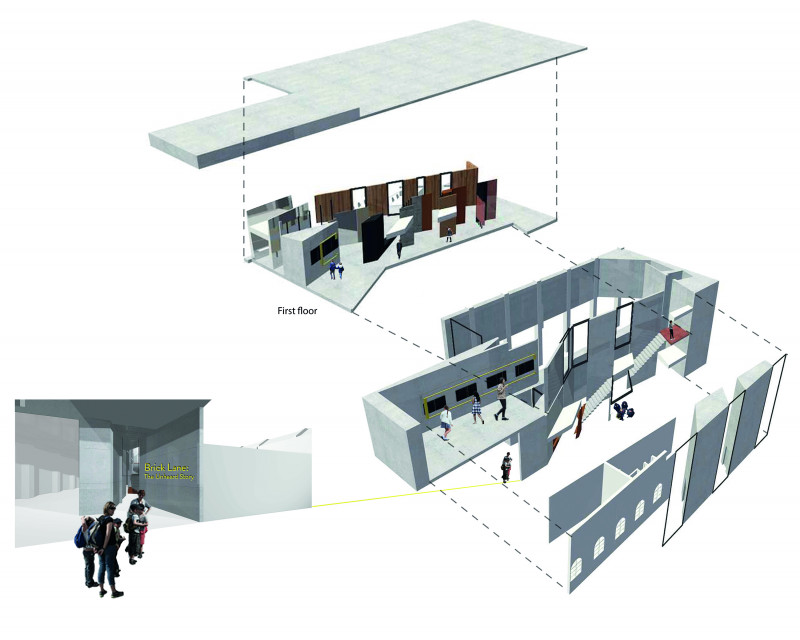 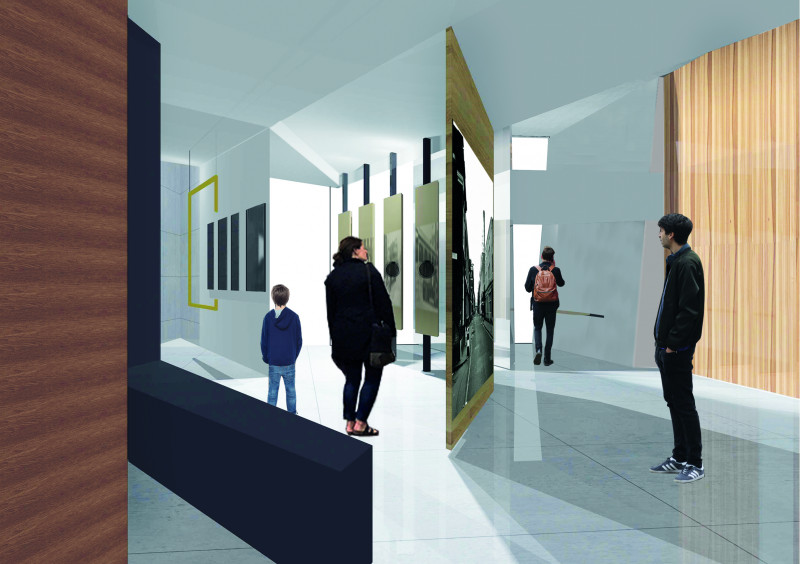 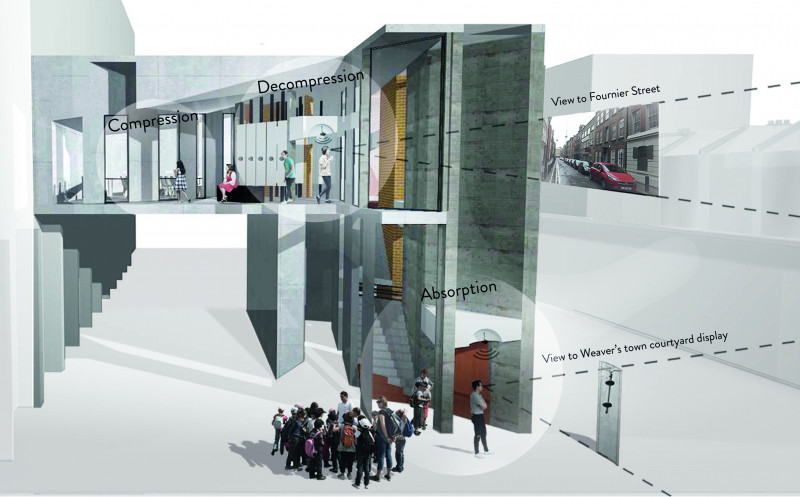 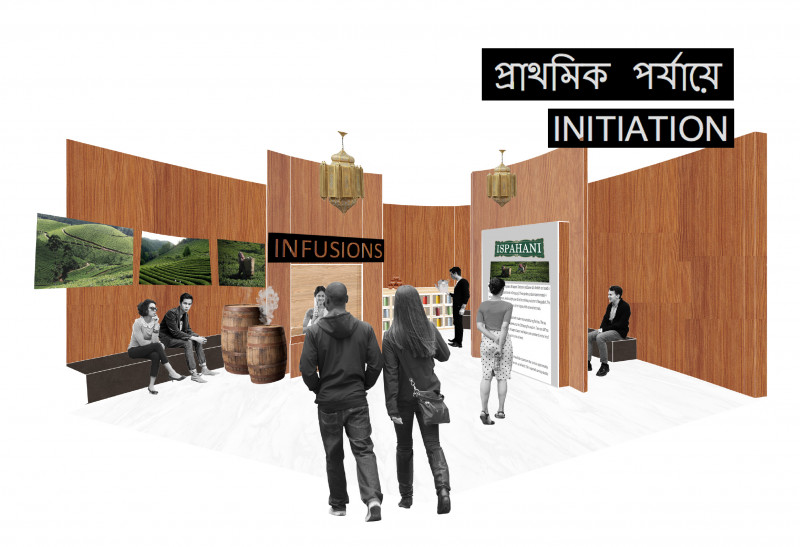 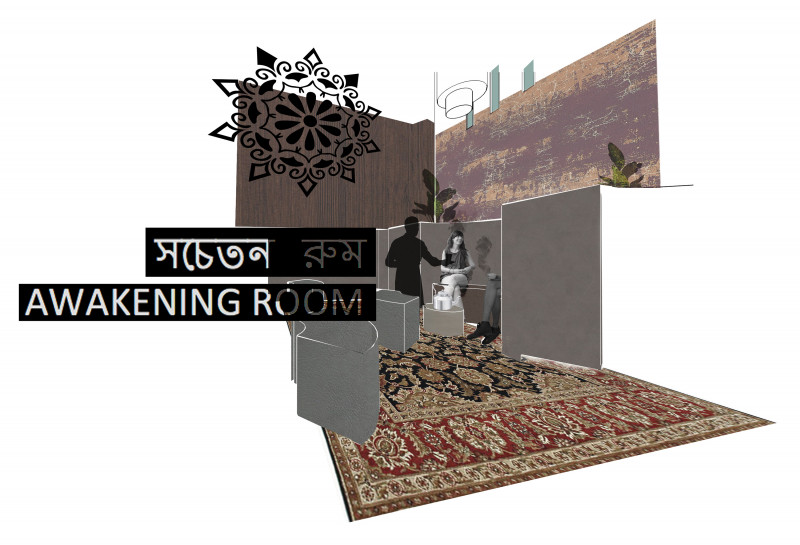 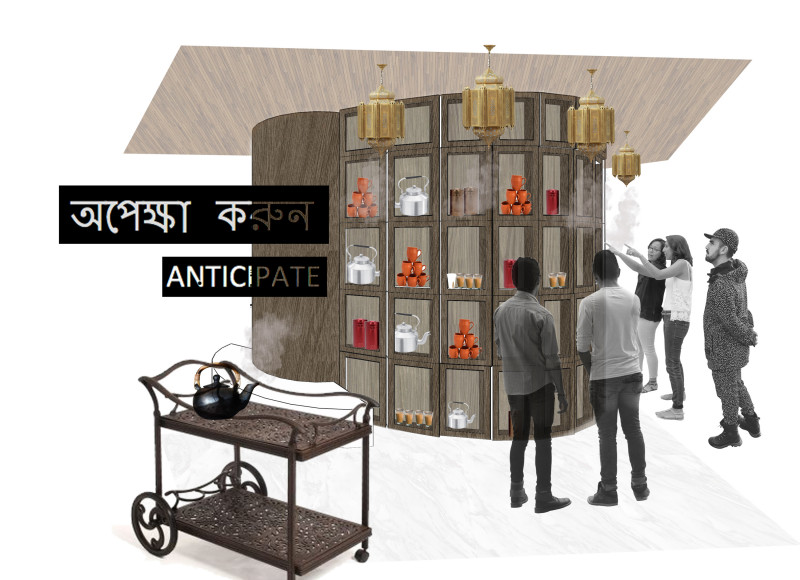 One of the most established courses in the country, the BA (Hons) Interior Architecture and Design course is located in Farnham ‘Craft Town’ and sits within The School of Crafts & Design the only school of crafts in the UK and not only utilises the specialist craft workshop resources for glass, ceramic, metal, timber, plastic, resin and textile but forges a dynamic and co-collaboration learning environment within the school. Central to the student experience is a focus on making in context and a haptic philosophy and appreciation towards materials.

The industry facing nature of the programme provides an authentic interior design learning experience, which replicates what happens in practice. Working directly with the local community, industry and businesses, students get the opportunity to develop their skills through live projects and design partnerships woven into the structure of the curriculum. The projects set are a ‘real’ rather than a rehearsal of what is to come in practice.

The course has unique industry partnerships with leading design agencies. Working in their studios our students get the opportunity to work closely with their designers and directors. We see the role of the selected group of leading British design agencies, is to expose our students to the best in creative agency thinking, showing the role of design in a commercial and creative context from a range of design sectors.