The question of heritage is tested through two contrasting urban conditions within our final year projects. One proposes change to a former townhouse, built in the Victorian vernacular during Newcastle’s reign as a mercantile and industrial powerhouse. The other, part of T. Dan Smiths Newcastle, or ‘Brasilia of the North’, his post war, concrete panelled utopian future city.
Through a shared design methodology that includes democratised notions of beauty and cultural meaning, the projects test ideas on providence, aesthetic value, collective memory and worth within two contrasting sites.

Named after an Alderman of the City in the late 1700’s, Mosley Street cuts perpendicular across the heart of Georgian Newcastle and was an area rich with cultural, performance, industrial, inventive, entrepreneurial and creative histories. Mosley Street was resident to a miniature painter, was the place of conducted experiments in electric lighting and was the first street in the world to be lit by electric bulbs and early performance venues; it was home to the cities enlightened bourgeoisie.
The projects propose a centre for enthusiasts, amateur or seasoned artists, crafts people and artisanal trades to volunteer, meet, work, share, learn, collaborate, interface and sell. Equally, the schemes are open to the public and offer opportunities to consume, purchase, consult and engage in the creative arts as pleasure. 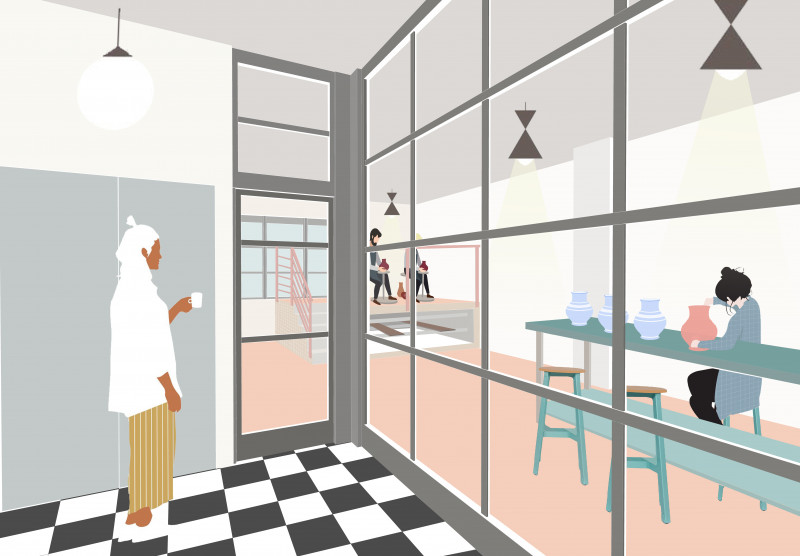 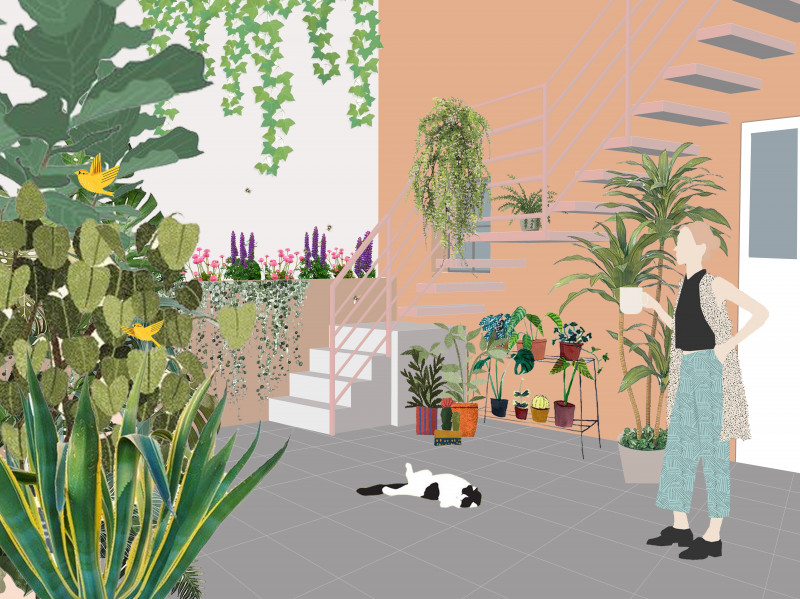 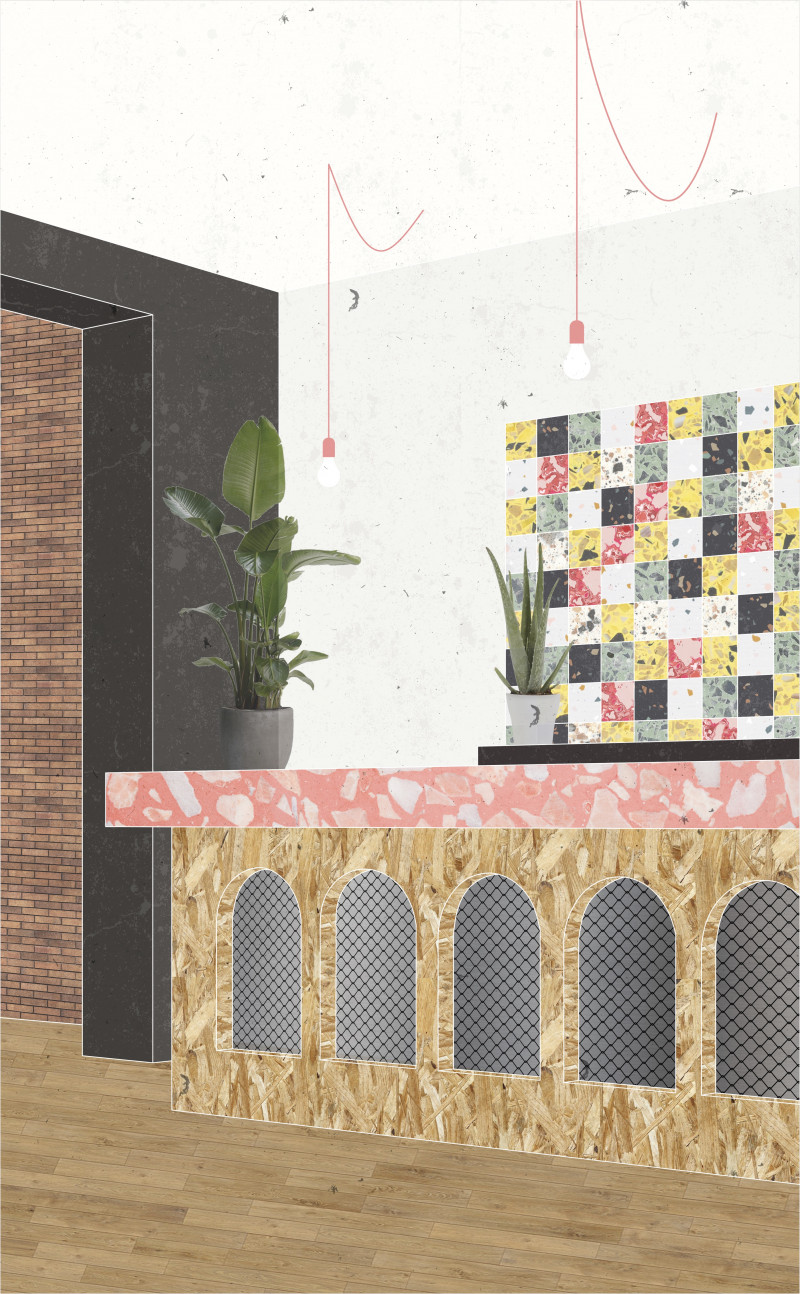 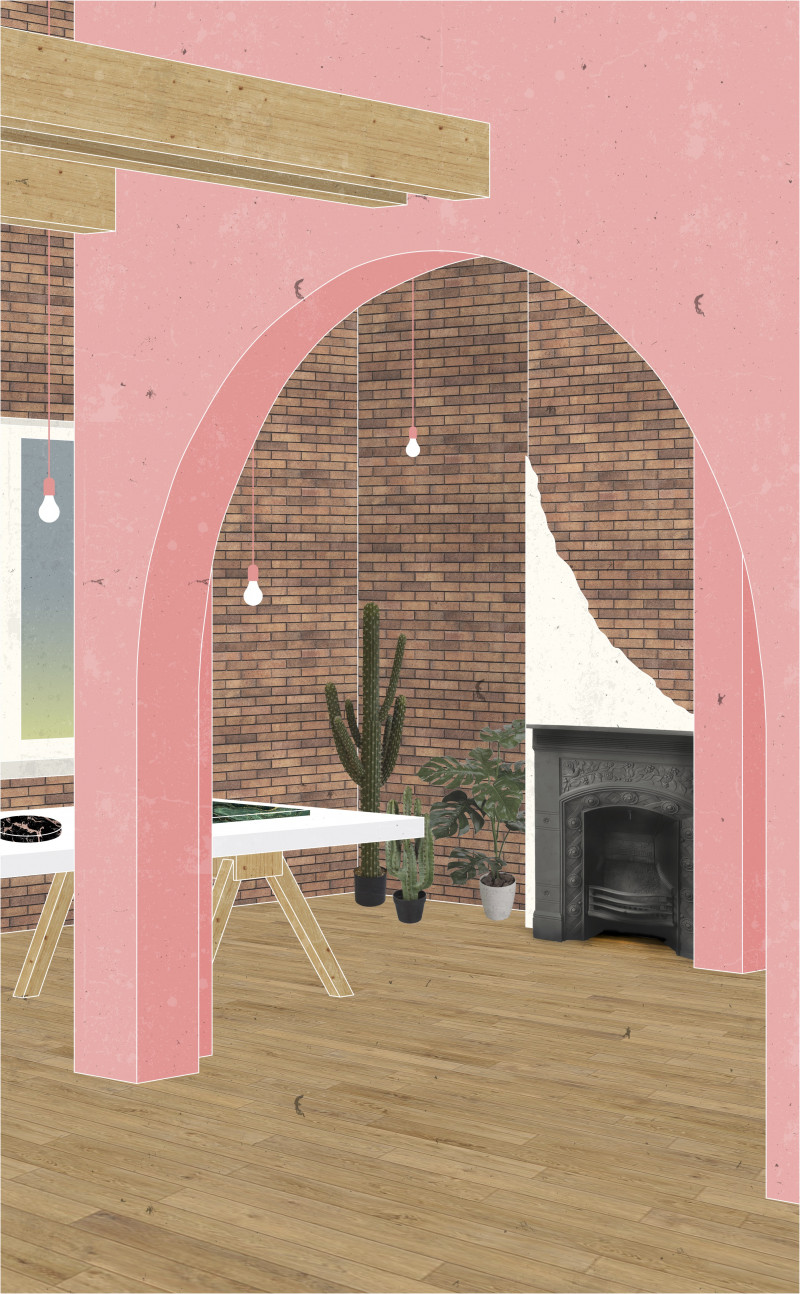 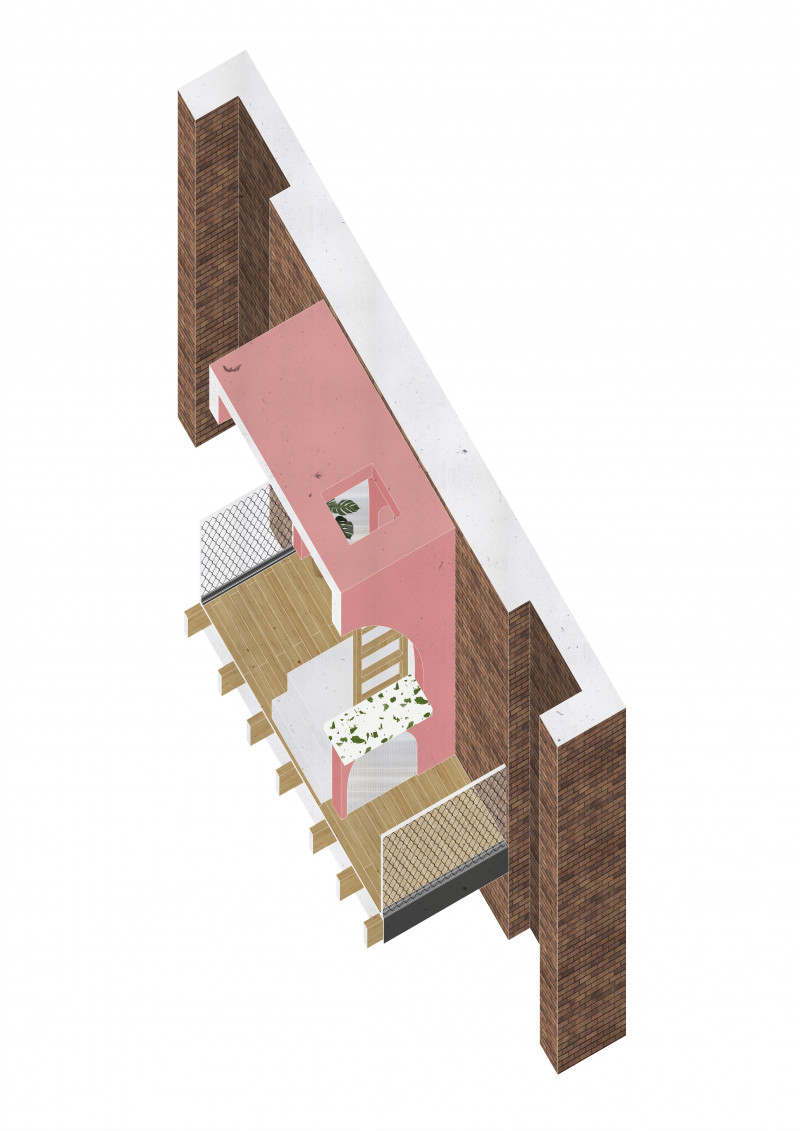 Pilgrim Street (Vicus Peregronium before 1230) is part of the medieval pilgrimage route between Durham and Lindisfarne. The course of the medieval defensive Town Wall runs perpendicular to the street which runs from the Tyne Bridge to the civic capital of the city. Post war urban regeneration brought a precast and concrete frame commercial district to Pilgrim Street, dissecting former medieval lines with monumental, 6 story office blocks with active fronts for retail. Located here, the Newcastle YMCA have challenged students to design a provision to continue their important social work with an added enterprising task to re-define the charity shop for young people. These spaces provide start-up facilities, studios and workshops for entrepreneurs to design, meet, work, share and learn. They facilitate skills acquisition for the young people the YMCA help, who will produce and sell through supported learning and skills training. 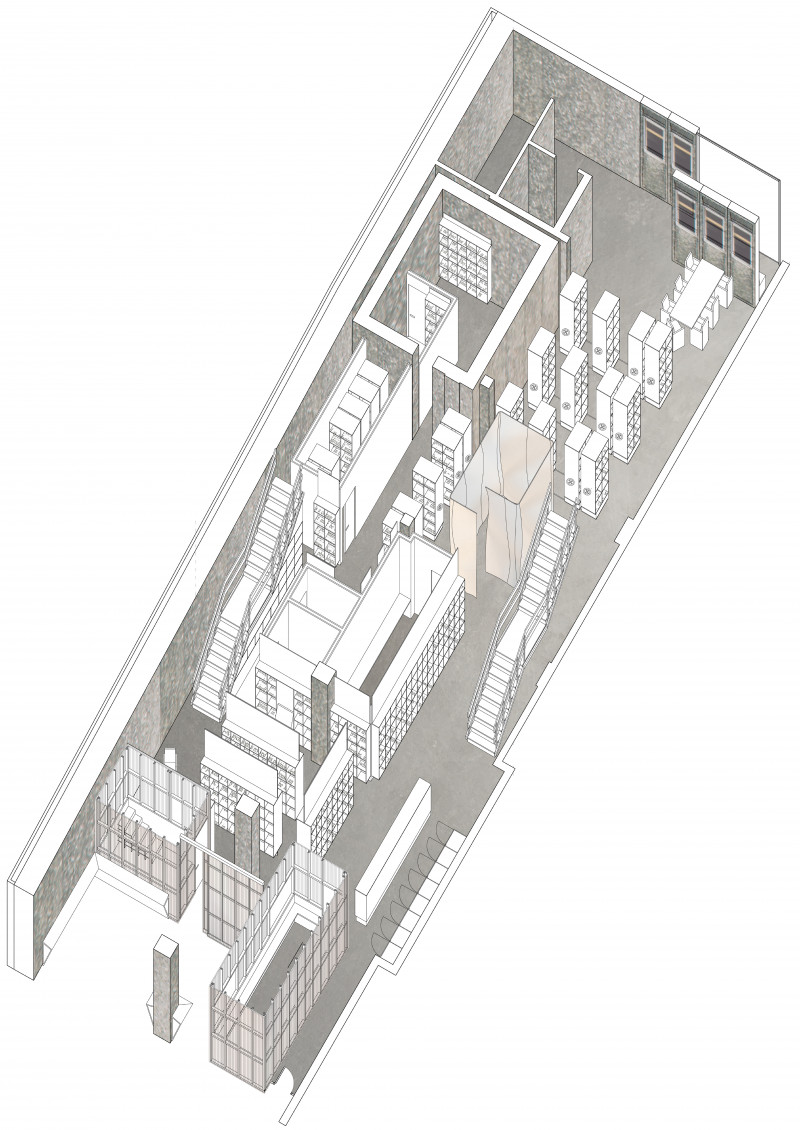 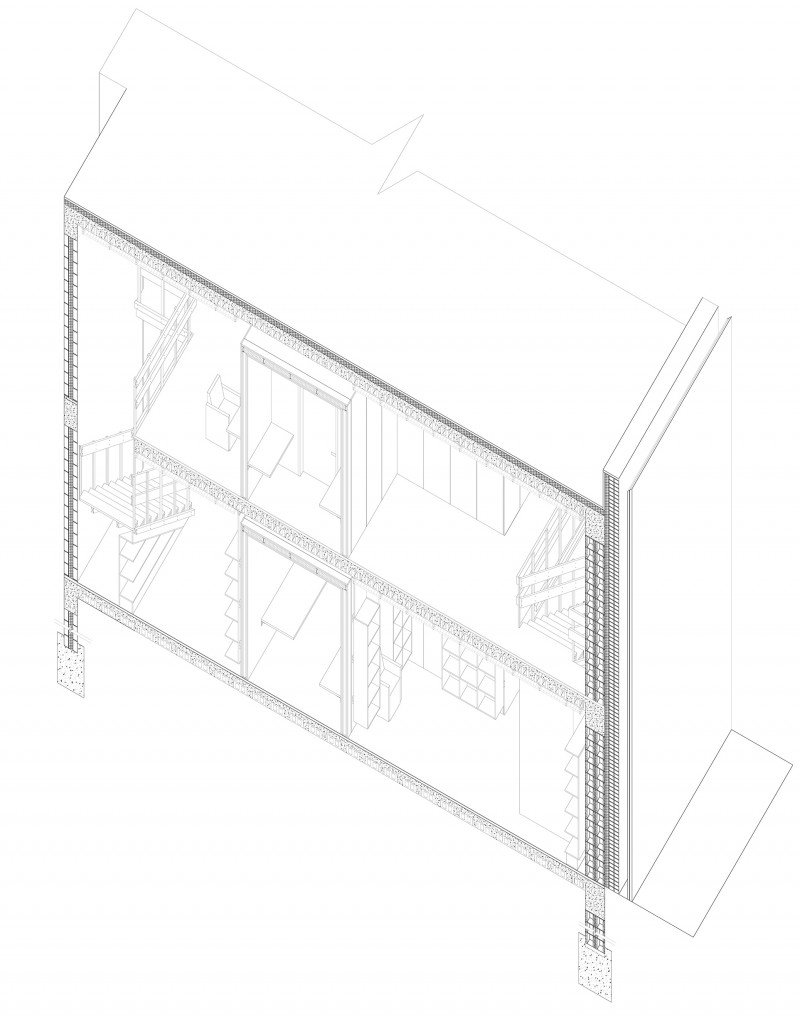 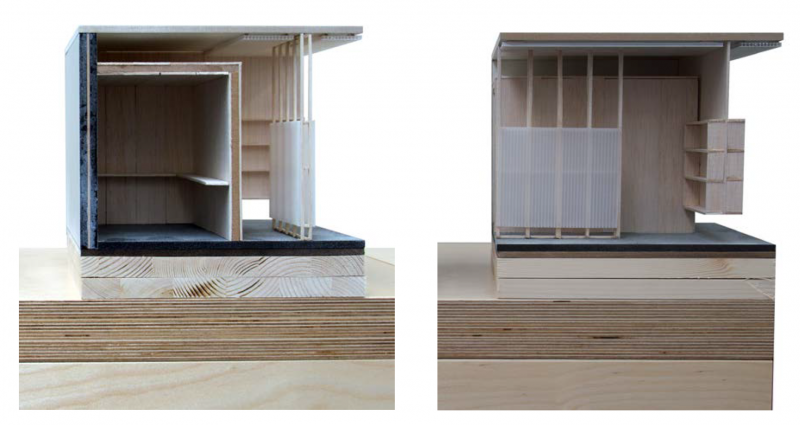 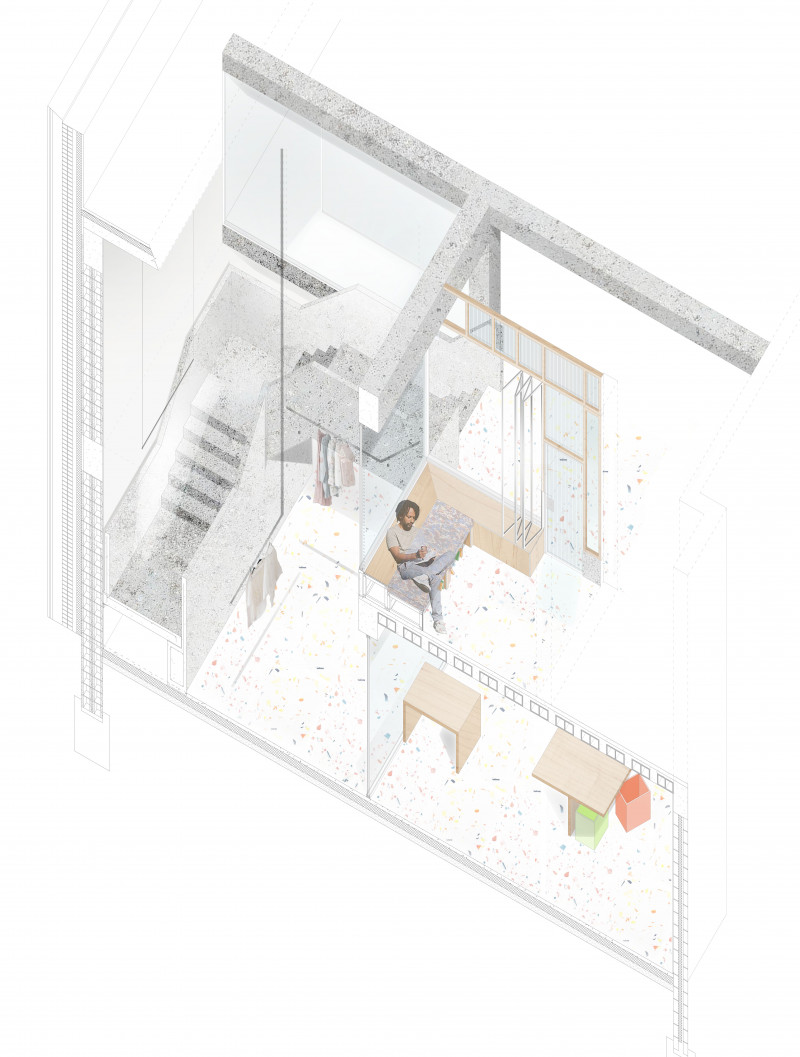 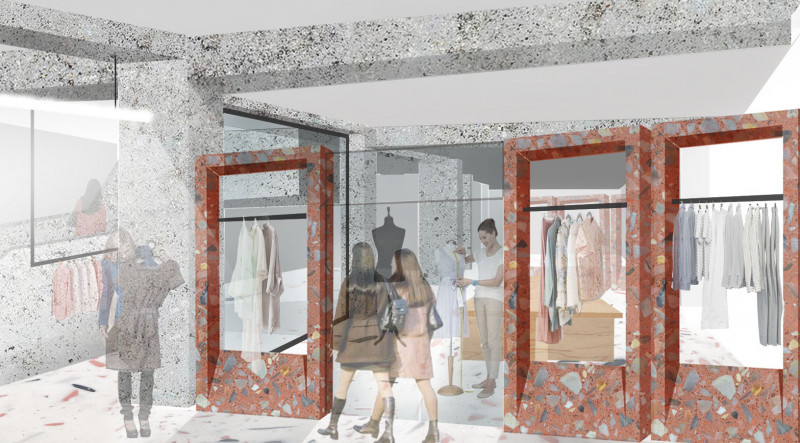 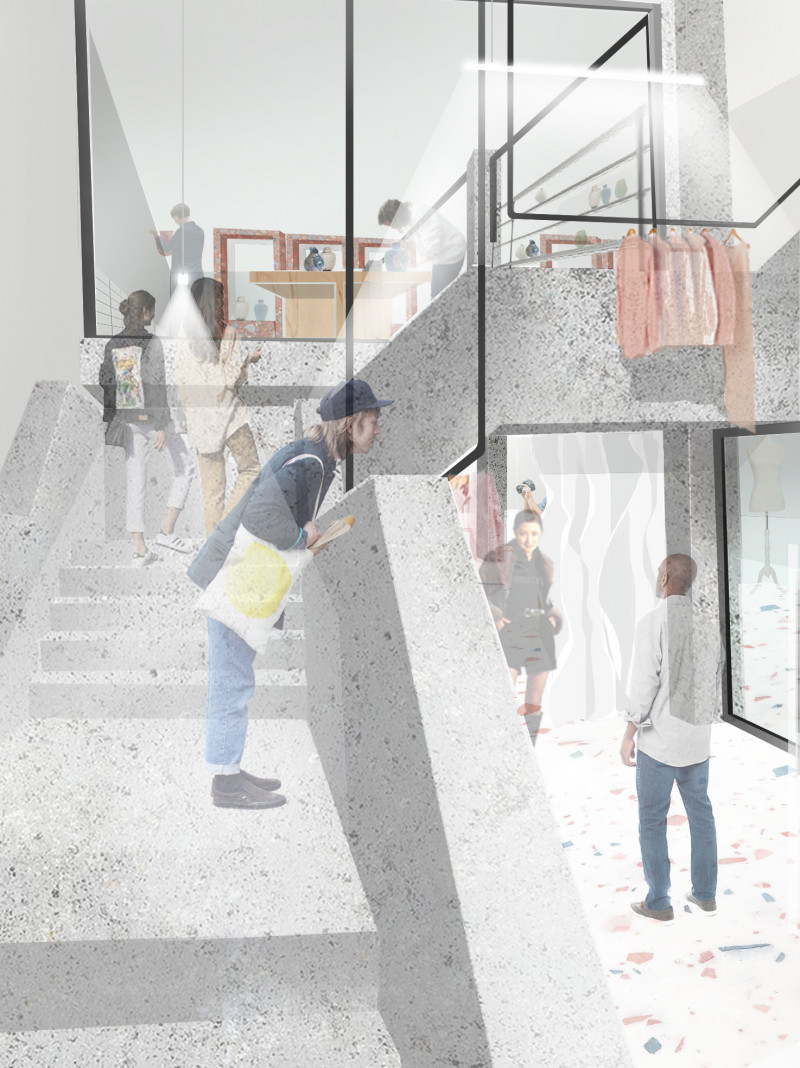 This studio-based BA(Hons) Interior Architecture programme is concerned with the reuse, adaptation and rehabilitation of buildings; be they old, new, forgotten, redundant or in disrepair. It is concerned with the existing as palimpsest and the manner by which interiors are conceived and integrated into the existing host site. We place an emphasis on the recognition of built fabric and site narratives as equal precursors to the development of an adaption to prolong or alter existing space. The programme uses the design project as the central vehicle for learning within each year.  Design projects are planned to stimulate and provoke imaginative responses to the re-use and adaption of existing architectural space and range from directed, to live projects with national and regional partnerships, to self-directed brief setting.  Students work within dedicated RIBA Award winning design studios, with space provided for each student to quickly establish a culture of belonging, authentic learning and professionalism. Students have access to state of the art rapid prototyping, modelling and IT labs, participate in a European Study tours in year 2 and have opportunity for subject specific site visits throughout the programme. Our students can reach their potential with such important facilities, with NSS overall satisfaction as 100% in 2019.